As a Church, we exist in culture. Our “walls,” contrary to some popular belief, exist to hold up a roof, nothing more, so why does it so frequently feel as if that isn’t the case? Far too often, at least in my eyes, this chasm between Christianity and the rest of the “world” appears to be growing deeper and wider weekly and I can’t help but wonder if this isn’t how it’s meant to be?

When I read the stories of Jesus, I’m caught up in a lifestyle that was consistently interreacting and focused on bringing different people together. I think of His friends, those who He called to be a disciple. I think of Zacchaeus, a potential crooked tax collector sitting in that tree. I think of the woman at the well, who’s life looked nothing like Jesus’ yet looked nothing like it once did after meeting Him. I think about the time He stepped into a young woman’s life, moments from death, only to draw a line in the sand and challenge anyone who could cross it to throw the first stone.

I think about His life as I turn my attention toward our world and realize, sadly, that we often feel so distant. The pandemic doesn’t help, but even still, it just feels like we’ve lost our wonder and awe for loving other people.

I think about my own life, living in Detroit with multiple neighbors on either side in the building, and do I really know them? Sure, Stephanie lives across the hall with a cool dog, and we chat in the parking lot, but how is she really doing lately? Dan, we share a wall, and he works at the Hospital, but how is he feeling about caring for patients with everything happening right now?

That’s not even hard, though. What about the barista working in the coffee shop below me who’s political beliefs look nothing like mine? What about the waitress at the neighborhood spot who despises church and most things I believe? Because they’re “different,” does that dictate my response and interaction with them? Do I even attempt to pursue them, or is it just easier to keep on my way? 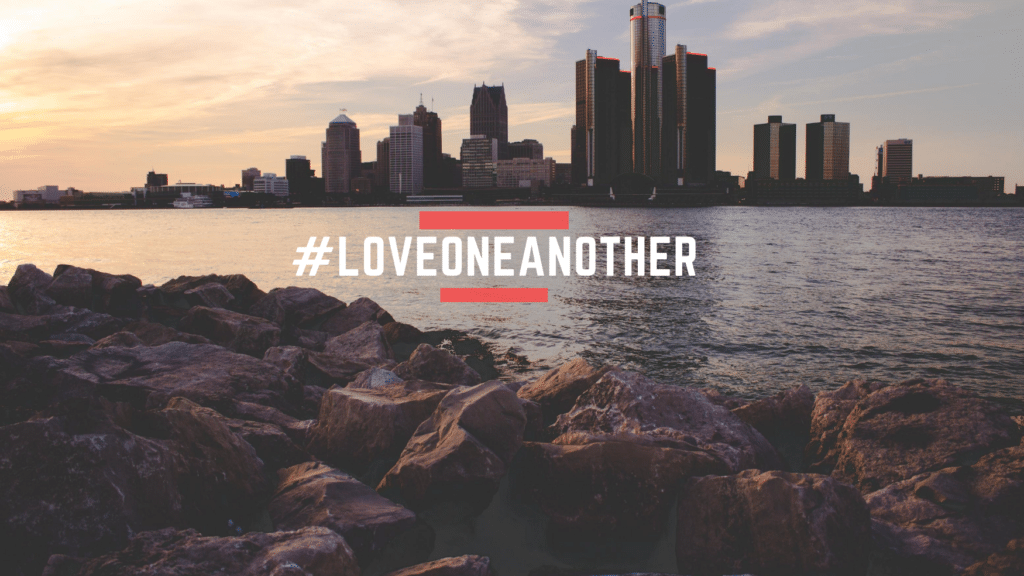 When I think of the phrase, “Love your neighbor,” the story that comes to mind is that of the Good Samaritan in Luke 10, and to be honest, it has never felt more relatable. This parable, if you aren’t as familiar, finds Jesus responding to a question about the command to love your neighbor as yourself. He shares that a Jewish man on his way to Jericho was essentially robbed and left for dead on the side of the road. As luck would have it, a Priest was coming down the road, and when he noticed the man, the Bible says he passed by on the other side of the. Likewise, a Levite was also passing by and, as the Priest, also moved to the other side. The story continues with a Samaritan man who was also journeying down the road. The Jews and Samaritans essentially hated one another, yet the Bible says that this Samaritan when he saw the broken man on the ground, “came to where he was” and “had compassion” on him. The “Good Samaritan” bound his wounds, cleaned them with oil and wine, and essentially paid for his treatment at a local inn.

Who are you in this story? Who, because of their differences, have you passed by lately? Who, because they think like this, talk like that, or live differently, have you failed to know and love?

Kingdom culture is NOT cancel culture, and it is possible to disagree with people and still love one another.

The heart behind these words is nothing more than to simply challenge and encourage you to be more like Christ, and less like the person you don’t want to be. What an opportunity we have, as “the church,” to say yes to the call of Jesus to love people. This week, instead of closing off and shutting down when the narrative of the voices you hear doesn’t sound like your own, my challenge for you is to press in and look…you never know what opportunity to release Heaven is waiting for you.

Prayer: May we never become the “priests” that step across the road from something messy or someone different.