Growing up I quickly learned life wasn’t just about the things I did, but the people I did them with. As a kid it wasn’t just the games in the neighborhood I remember, but the neighbors I played them with. School wasn’t just about learning, but about classmates. In sports, I could tell you more stories about my teammates than the plays I made. And that’s not just because I was second string. It’s because we are all wired for community. 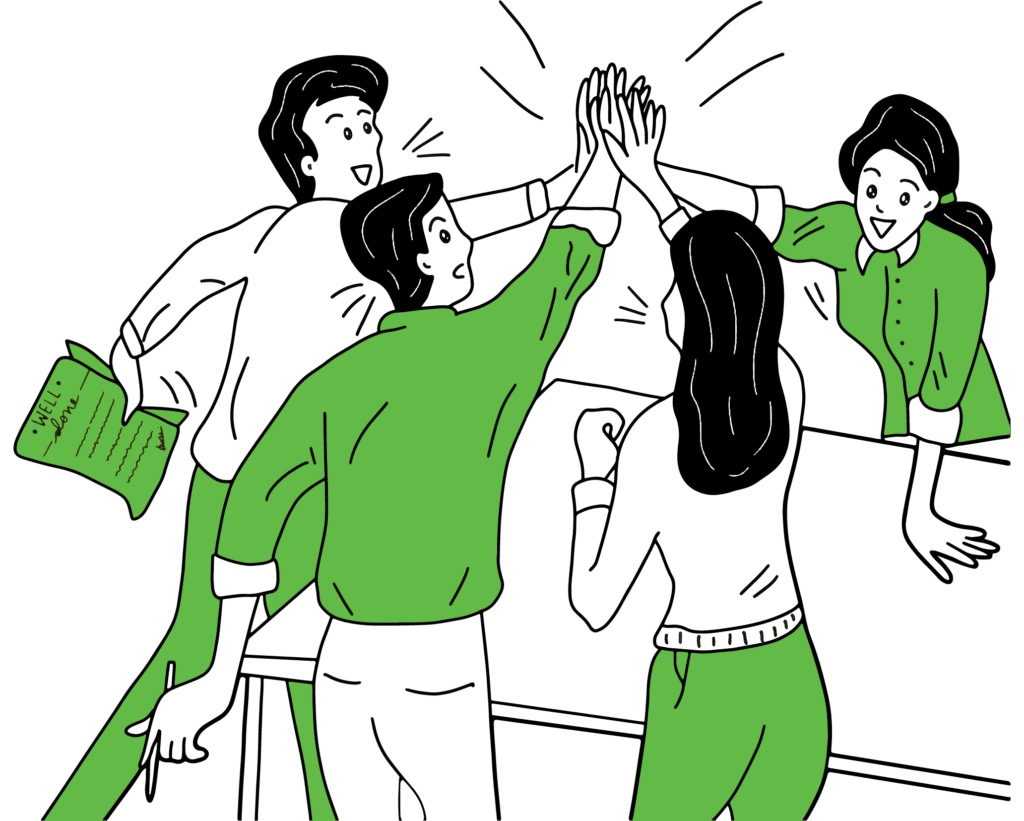 Early on in the Gospels as Jesus began his public ministry, He invited his disciples to follow Him as a community. Right out of the gate in the first chapter of Mark, Jesus invited people to live in community with Him.

Jesus would use this group of disciples, this community, to help start the early church and transform the world. But what marked the community following Jesus? Was it a shared affinity for a sports team or hobby? Did they have matching sandals and disciple team uniforms? Did they simply gather together and talk about their feelings?

We don’t have to guess at how God wants us to live in community because we can look at the life of Jesus and His disciples. While much could be written on the way Jesus did community, let’s explore two truths that stand out.

1️⃣ They were a community on mission.

At the first call of the disciples, Jesus gave them a mission to become fishers of men. Mark 1:16–18 says, “Passing alongside the Sea of Galilee, he saw Simon and Andrew the brother of Simon casting a net into the sea, for they were fisherman. And Jesus said to them, ‘Follow me, and I will make you become fishers of men.’ And immediately they left their nets and followed him.”

He gave them a mission to live for, something greater than themselves.

At the end of the three years He spent on earth ministering with his disciples, He gave them a new mission: go into the world and build His kingdom. John 17 teaches us Jesus himself was on mission, and He echoed that objective, that purpose, to his disciples.

And Jesus further explains this mission during His teaching called The Great Commission, after He rose from the dead.

Therefore, go and make disciples of all nations, baptizing them in the name of the Father and of the Son and of the Holy Spirit, and teaching them to obey everything I have commanded you.
Matthew 28:19–20

This is what Christian community is to be marked by. That we wouldn’t focus on ourselves, but would be on mission to help others know Christ.

That we wouldn’t focus on ourselves, but would be on mission to help others know Christ.

In my own life, I have seen the power community brings to our mission. On a mission trip to Liberia with several members of my Woodside Group, we had set aside one evening to show a film teaching about Jesus to a camp of refugees. As we rode toward the camp, an intense storm rolled in, which would prevent us from gathering with the refugees and sharing the Gospel. In those moments, we banded together in asking God to lift the storm and allow his Word to go forward. Together we sang worship songs throughout the entire ride, hoping and believing God would work in our situation.

As we arrived at the entrance of the camp, the storm lifted. We were united in praising our great God for allowing us to continue in our mission that day, and were blessed with the opportunity to meet with the people, share the Gospel, and see many respond to Christ.

It’s in these moments, when we band together on mission for God, pursuing the growth of his kingdom, we experience the true blessing of community.

2️⃣ They were a community of friends.

Now friendship may not sound like the most spiritual characteristic of a community God would form, but it is key.

Jesus’ relationships with His disciples weren’t academic, distant, or cliché, but specific and authentic. Jesus had a sincere and personal connection with His community.

In John 11, the author gives an account of one of Jesus’ miracles. In verse 11, Jesus says to his disciples, “Our friend Lazarus has fallen asleep, but I’m on my way to wake him up.” As many of us know, he proceeded to raise Lazarus from the dead four days after he’d passed away. What’s incredible about this true story is not only Christ’s power over life and death, but his heart for Lazarus personally, whom he calls “friend.”

Jesus reiterates his emphasis on his friendship in John 15:15, saying, “I no longer call you servants, because a servant does not know his master’s business. Instead, I have called you friends, for everything that I learned from my Father I have made known to you.”

While a community of Christ followers should be humble, and on mission for Christ, we are also designed to build meaningful friendships. The community Jesus modeled for us was one of sincere relationships, through good times and bad.

While a community of Christ followers should be humble, and on mission for Christ, we are also designed to build meaningful friendships.

It’s amazing to me how after Peter denied Jesus three times (John 18:15–27), Jesus graciously restored him. In John 21, we learn Jesus appeared to Peter while he was fishing, in a similar setting to when He first gave the call to become a fisher of men. In those moments, three times Jesus asks Peter if he loves Him, and calls Peter to feed his sheep, a call to be restored in relationship and to be on mission with Him.

When I was in college, I was newer to the concept of Christian community and thought it was basically a place to get dressed up and say the right things. I’ll never forget the person who showed me otherwise. At the time, the leader of the Bible study I joined showed me this community was a place to have fun and make friends, all while getting to know Christ together. What I admired most about him was not his knowledge of God or ability to teach the Bible, but his commitment to know me as a person and a friend.

Let’s remember the power of friendship in showing others they are loved not only by us, but by their Savior.